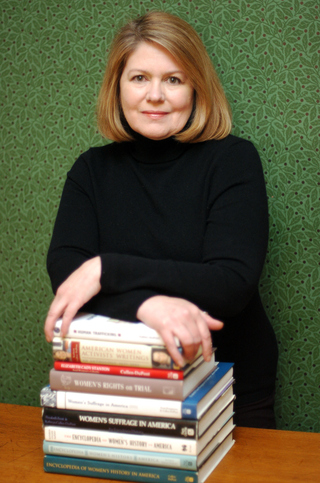 In Progress: Religion and Women

On April 26, 2009, in what quickly became a New York Times most-e-mailed article, the chairperson of Columbia University’s religion department, Mark C. Taylor, wrote: “Just a few weeks ago, I attended a meeting of political scientists who had gathered to discuss why international relations theory had never considered the role of religion in society. Given the state of the world today, this is a significant oversight.” Religion and women are at the center of this often overlooked discussion.

Religion is a matter of personal piety and practice in women’s lives and, equally, an influence on the societal structures in which women’s lives must be lived. Religion’s influence on a particular society’s view and treatment of women can be nearly definitive, as has been shown when Afghan or Pakistani women live under the Taliban’s rule. It can also be more subtle, as when Mother Marie Joseph Butler of the Sisters of the Sacred Heart established women’s colleges in America and Europe, or when religiously-motivated political activists in the United States work – with alternating periods of success and failure — to influence their county’s reproductive rights policies. Religion has likewise offered inspiration and created limitation in individual women’s lives: We can identify religion as the inspiration for many a woman’s career of service to others and in many women’s works of art, literature, and music, but we can also identify religious belief as a motivating factor when Afghan girls are scarred with acid in punishment for having dared attend school.

The intersection of religion, women, and society is currently under examination in newspaper reportage and editorial pages; in academic conferences; as part of the domestic agenda of legislative bodies; and as part of the foreign policy agenda of Western heads of state. In the last twenty-eight days alone, the New York Times has covered Pakistan’s agreement to cede the Swat Valley to the Taliban and to accept Islamic law, including its restrictions on women, in the region; legislation signed by President Hamid Karzai but not yet implemented in Afghanistan that would, among other things, permit the marital rape of Shia women; the continuing controversy over France’s refusal to allow students to wear religious symbols, including the hijab, a headscarf worn by Muslim women in obedience to the Islamic requirement that hair be covered, and Turkey’s refusal to permit women wearing the hijab to enter its public campuses; so-called honor kidnappings that sometimes lead to honor killings in Iraq; the erasure of women from a photograph of members of the Israeli government prior to that photograph’s publication in the Israeli ultra-orthodox newspaper Yated Neeman; the legal challenge of the Christian group Alliance Defense Fund to Governor David Patterson’s directive to recognize in New York any same-sex weddings performed in other states; and the Christian Community Neighborhood Church’s organizational efforts to oppose same-sex marriage in New York. As this is written, “The Quran in its Historical Context,” an academic conference being held at the University of Notre Dame, has drawn scholars from around the world—some using pseudonyms at the conference out of fear of reprisal—to apply a historical, linguistic, and critical analysis of, among other things, the Quran’s teachings on women, an analysis that suggests more moderate interpretations than the Taliban and other Islamic fundamentalists endorse. The necessary discussion of religion, society, and international relations that Mark Taylor referred to in his New York Times op-ed piece is actually underway in the White House, as President Barak Obama and his administration weigh America’s response to Afghanistan’s new family legislation and the possibility of negotiating directly with the Taliban as part of the strategy in the war in Afghanistan. The nexus between women and religion in these societies is at the center of these policy questions.

Religion and Women will examine the relationship among religion, society, and women: what contributions this relationship has made to society and women’s lives in society, and what limitations it has created for society and women’s lives in society. Moreover, this examination will be conducted with the understanding that cultural perspectives may bring different conclusions to the question of what is a contribution and what is a limitation . . . .