"What fusing of thought, feeling, and experience produces a 'cause' and its leader?...Few people will read Sanger's stirring autobiography without a fresh sense of the mystery of what we call 'genius', a new realization of the power of an idea." --NEW REPUBLIC

"One of the most dramatic stories in the history of U.S. reform."
--TIME

"The autobiography by a woman who really has the right to compose one...Brightly and very humanely written, it covers an amazing amount of ground and involves hundreds of personalities." --THE NEW YORKER

"A moving story of action--direct, forceful, and plain-spoken...it would be difficult to overestimate the importance of this autobiography. Twenty-five years of social change are described with relentless clarity--and most of us have forgotten already how vast that change was, and how painfully it was brought about."
--SATURDAY REVIEW

"This book is a breath of fresh air and is as timely now as the day it was writen. Sanger's fascinating autobiography is truly inspiring." --Marian Faux, author of Roe v. Wade

Thanks in large part to Margaret Sanger, many of the world's women live with a freedom they take for granted: to decide when and if to become mothers, without sacrificing sexual expession.

The world Margaret Sanger's mother knew was a different one. As Margaret tells it in her Autobiography, her first clear memory of her mother is of a tubercular woman nearly dying in childbirth. Anne Purcell Higgins...survivied the infant's arrival and bore, in total, eleven children. She raised them in an environment of extreme financial hardship, while struggling with her own deteriorating health. She died in 1899 at the age of fifty. Margaret--the sixth of the eleven children and herself a tuberculosis patient--believed the combination of poverty, illness, and closely spaced pregnancies had prematurely killed her mother.

After marrying William Sanger and securing nurses' training, Margaret began work with Lillian Wald's visiting nurse service. As she cared for New York City's impoverished women, it became clear that her mother's case was not an isolated one. Not only the women she tended in childbirth, but their friends and neighbors as well, pressed her for relevant information, pleading, "Tell me something to keep from having another baby. We cannot afford another yet." Their lives were overwhelmed by childcare, and their spirits crushed by the knowledge that they could not provide all their children needed. Margaret despaired. As she writes in her Autobiography, these "were not merely 'unfortunate conditions among the poor' such as we read about. I knew the women personally. They were living, breathing human beings, with hopes, fears, and aspirations like my own, yet their weary, misshapen bodies, 'always ailing, never failing,' were destined to be thrown on the scrap heap before they were thirty-five."

At least one of her patients failed to live even to that age. Margaret cared for Sadie Sachs, the mother of three young children, as she lay ill with septicemia and other complications of a self-induced abortion. After a difficult recovery, Mrs. Sachs begged for contraceptive advice, only to have the attending doctor laughingly suggest that her husband sleep on the roof. Mrs. Sachs later died following another self-induced abortion. Margaret left the woman's deathbed and vowed to "change the destiny of mothers whose miseries were vast as the sky." She vowed to bring birth control to women. 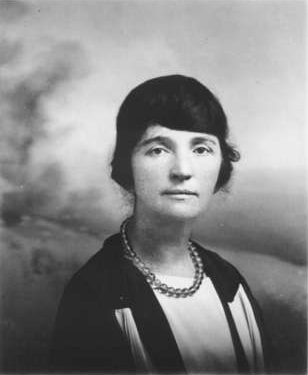